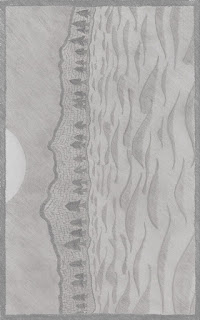 ever since "to that which lies dormant" came out via fallen empire, I've been a big dommedagssalme fan. a solo project by john marshall, there's nothing particularly unique about this brand of black metal, but there's something about it that just works. lots of repeating riffs, shrieked vocals and the perfect combination of ambience and melody result in black metal that's incredibly listenable. I hate that terms and I usually think it's a cop-out, but that's the best I can come up with right now.

this one, "division," is the newest dommedagssalme tape that was released late last year via legion blotan, another label I've featured before. these two tracks run a little more than twenty minutes each and they're both fantastic. anyone who enjoyed the tape on fallen empire will find a lot to love here.

dommedagssalme have two demo other tapes out on legion blotan and a self-released CDr full-length in addition to the aforementioned fallen empire release, and I highly recommend seeking all of them out. this is a band that definitely deserves more attention, and if they can keep releasing music of this quality, they'll get to the next level in no time at all.