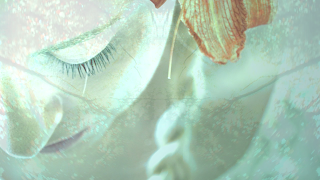 film week crushed all of the my time for the past month, hence the lack of posting...but now that it's over, I can finally announce a new show to which I've contributed work.

this time I'll find you is my contribution to the digital fairy tales: album one group show and, honestly, it's my favorite thing I've created in a while.

shot over the course of five days on location in new jersey and wisconsin, it tells the story of an astronaut who finds herself stuck in a temporal loop of someone else's creation, constantly searching for a way out. 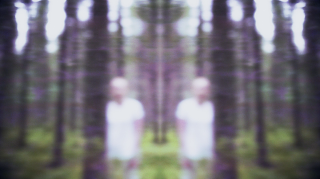 the music was composed and performed by damian master, who most of you probably know from a pregnant light and colloquial sound recordings...harsh noise, ambience, and melody are all juxtaposed here to create a unique, otherworldly feeling.

I know I say this all the time, but I couldn't be happier with this piece. my incredible girlfriend does a fantastic job of capturing the sadness and isolation of the main character, and damian's music is just perfect.

there might even be a cassette release in the near future... 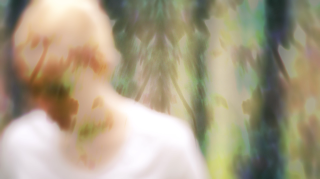 there are six other videos in the show, including one from josh graham, and everyone in the area should come and check them out. josh, myself, and a few of the other artists will be present for a Q&A during the opening on 10/6, so stop by, have a chat, and partake in the free wine and beer that will be available.

a trailer for the show can be found here.

plus, the show will also be projected onto the manhattan bridge as part of the light year series until 10p that night.

EDIT: the score is now available for purchase via colloquial sound recordings, both digitally and on cassette.