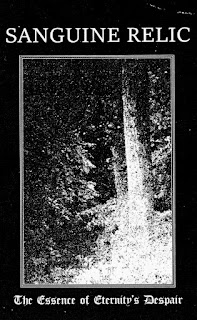 reliably great stuff here, and there are still a couple items left in the perverse homage store to purchase.

really impressed with this release and the latest batch as a whole, so grab whatever you can...but don't pay outrageous discogs prices.

(for eternal despair purposes only.) 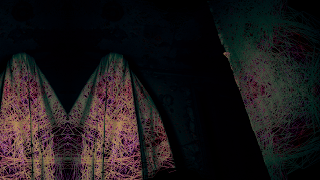 on display as part of "Worlds Within Shadows," curated by Gretchen Heinel


about a year ago, I was contacted to shoot some some footage for what was supposed to be a video for a well-known australian death metal band.

unfortunately, the video didn't get approved and the footage sat around for a while before I began to retool and repurpose it, but I had no direction. this was going to be my first video in a while that wasn't a commission, wasn't going to have a budget, and wasn't going to have a concrete theme around which to center my mind.

"digitally ascendant" had moments of harshness, but I wanted to push everything further. the visuals and the audio needed to be more harsh, anxiety-inducing, and destructive than ever before.

I reached out to the owner and operator of contradiction tapes who, as GRVD, is a purveyor of some of the most enthralling noise I had heard in a long time. he agreed to let me use whatever tracks I wanted off of revenge, so I had my sound.

and although I played around with the visual aspect for months, I still felt lost. 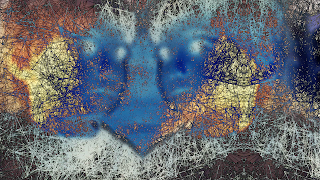 when being creative, I love to have rules and restrictions. they serve as guidelines, inviting me to play along at times and transgress at others, and they help me know where to focus my energy in order to tell a relevant story.

but without a curator and pre-established theme or concept to work from, I hadn't yet devised a story to tell.

I was wandering, grasping, desperate for something hold on to. and then I looked at the ghostly image on the screen and thought of her wandering through worlds of visual brutality and inexplicable forms, desperately pleading with others to join together and see what they might be able to find on the other side.

that was a start. 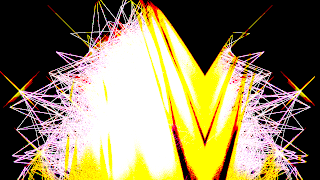 but the story needed structure, a narrative arc to hold it together.

I thought back to high school. I took a philosophy class called "death and dying," and as my final project, I did my first bit of screen writing that would actually get turned into a film. not a good film, not a film anyone will ever see anywhere ever, but one that fit the assignment: to explore the five stages of grief.

these characters inhabiting this new world, maybe they're mourning their own deaths. maybe they need to travel through that grief in order to find a place, mental or otherwise, where they can exist without fear.

this is that journey. 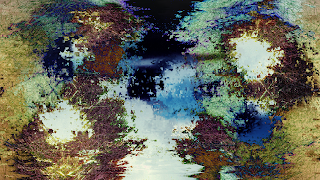 to visualize this world, I manipulated the original footage using trapcode mir to create expansive wireframe models, and then keyframed particular animations by controlling the various parameters of the plugin. those were then loaded into premiere, colored, mirrored, and blended with additional clips to create something that's (in my opinion) at once ominous and oddly comforting.

I'm honored and excited to be debuting this new video as part of "worlds within shadows" at the garner arts center, curated by gretchen heinel. the opening night coincides with autumn electronix II, curated by lee bartow.

featuring performances from seven sound artists plus merch from cloister recordings and a bunch of others, I can't wait to show off my work alongside so many other talented creators.

getting there from nyc is going to be difficult, but it'll be a trek worth taking.