arizmenda - stillbirth in the temple of venus. 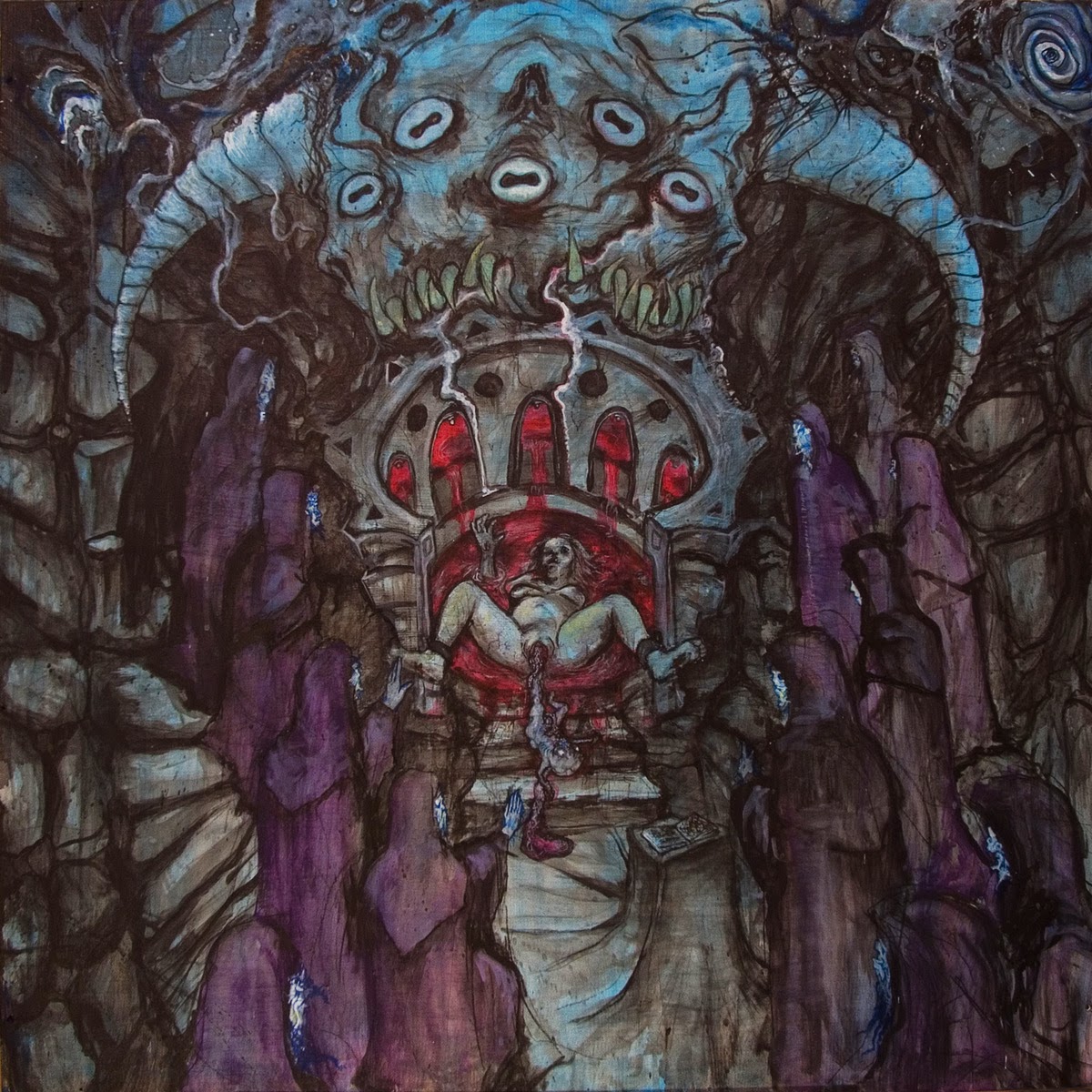 Arizmenda - Stillbirth In The Temple Of Venus

that's right - I don't know most of the track titles for this one.

the label hasn't released the names of the rest of the tracks, they're not listed on this limited tour version of the tape, and a few cursory internet searches didn't reveal anything, so it is what it is...as of now, I've left them untitled, but I'll happily go back in and add them once they're available.

UPDATE: track titles have been added thanks to an anonymous commenter. thanks.

if you've been into the first two arizmenda releases, this one will be familiar territory...that's not necessarily a bad thing, but a little musical growth would be nice...it's still that swirling, chaotic black metal we all know so well.

nevertheless, it's an enjoyable release and I know I need to spend more time with it...these are all just rough first impressions. I'm guessing that this one will reveal more of itself over time, as the band's first two albums did so expertly...just need to give it some time.

the dubbing quality isn't the best, a fact made more apparent when listening with headphones, but it's a solid album that will appeal to fans of the band, the label, and the genre. 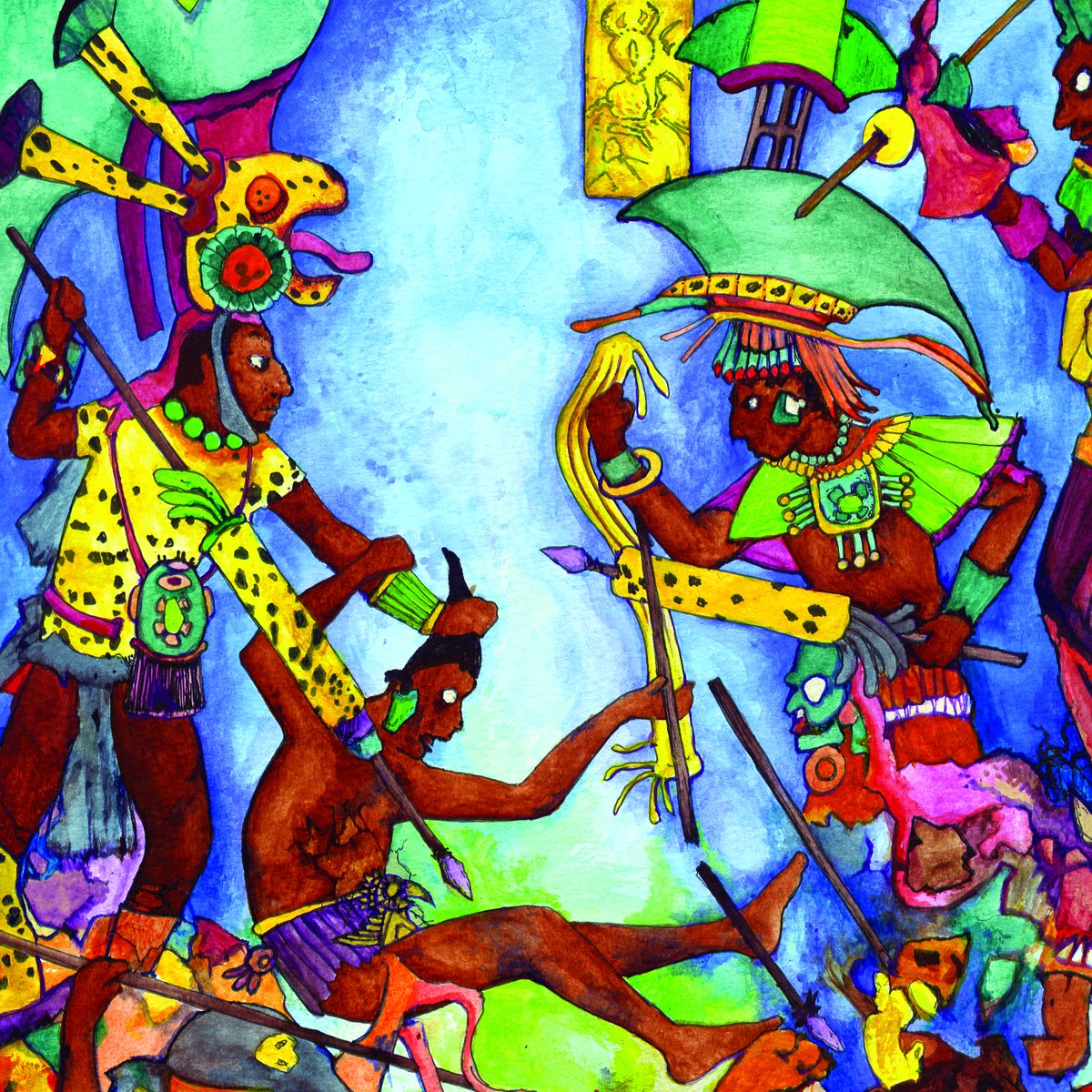 this is the "juarez, mexico" pressing of the new volahn album, which to the best of my knowledge has yet to see an official pressing or even digital release, aside from the first two tracks.

I like it quite a bit more than the new arizmenda album, which I'll also post soon...not that the other is bad, there's just a lot more variety here and you can hear some genuine musicianship. the recording quality isn't great, but it's clear enough, so hopefully this rip will tide everyone over until an official digital version comes out.

as I think I've mentioned before, I don't condone the label's actions nor the alleged actions of certain members of the faction, but the music remains something that is worthy of attention. and the fact that I got these tapes at all, let alone surprisingly quickly, definitely bodes well for the future of their operations.

check the crepusculo negro store for copies of this as well as a few other new tapes and splits. believe it or not, I think they're really trying to make amends for their past behavior...

whether or not they're worth forgiving?

that's up to you.


(link removed by request, even though the request was five months too late.) 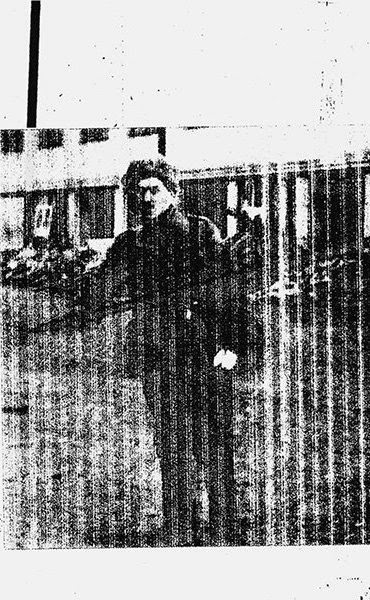 
the final new release from total black that hasn't been posted, this debut tape from nepoštovanje i glupo is a strange one...I'm tempted to describe it as ambient HNW. there are walls here, sure, but they're not of the overwhelming, consciousness-destroying variety put out by the rita or dead body collection or vomir.

they're softer; a little more droning and ambient than the usual militant walls with which we're all familiar. there's also a decent variety to the tones here, too - not everything is quite as buried in the mix as it usually is, either.

copies are sold out from the source, but one copy is for sale on discogs, so grab it if you like what you hear.

and buy stuff from total black. 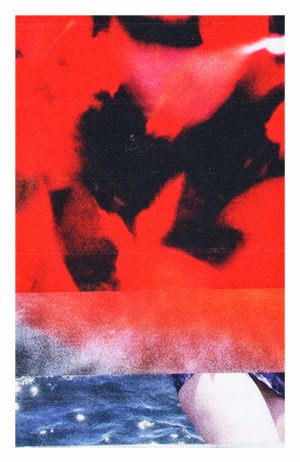 
from the most recent strange rules batch comes this surprisingly lengthy (by SR standards, anyway) tape from petals, a.k.a kevin sanders.

the first side is more ambient, the second side is more noisy, but they're both very droning and moody, definitely in the vein of culver's harsh drones. more of sanders' work can be found on his extensive bandcamp page.

it's all very soothing and contemplative - definitely an enjoyable release that's piqued my interest...really looking forward to exploring kevin's work further when I have the time.

copies are sold out from the source so keep an eye on discogs. 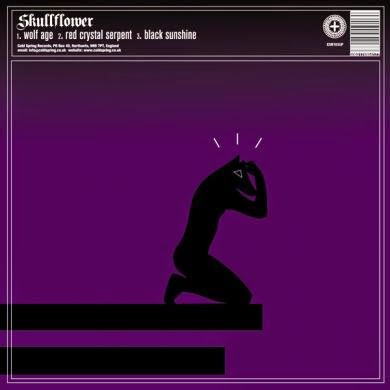 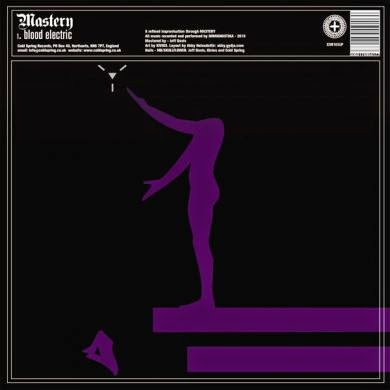 
skullflower is a long-running noise project from matthew bower of korperschwache that features a rotating cast of members...most notably including, at one time or another, lee stokoe of culver and george proctor of white medal.

both of these artists should be on your radar, but if not, this is a fine place to start.

released last year by cold spring records, this vinyl-only release was limited to five hundred copies, including 100 hand-numbered copies on green marble vinyl. these two artists might seem too divergent for a successful split, but they actually compliment each other quite nicely.

it's all very dense but unfurls itself perfectly after just a few listens - and any new mastery material is much appreciated. although the project has been active sine 2005, only two new recording have surfaced in the last few years, the other being a split with palace of worms that the flenser released in 2012.

copies are sold out from the label but are available on discogs - definitely a worthy addition to any noise or black metal fan's collection. 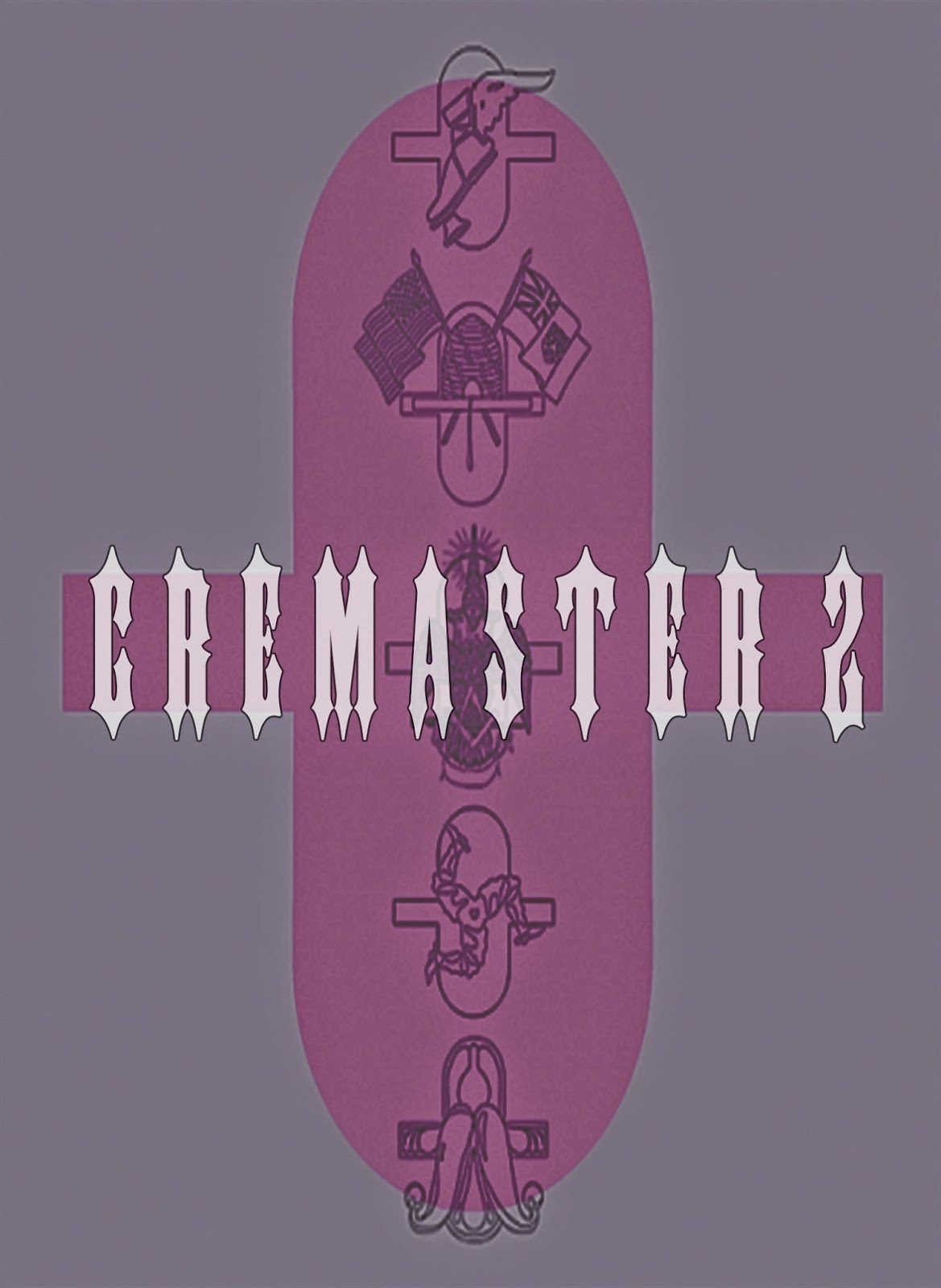 honestly, I never thought I'd be sharing a CD-based release with all of you.

really, I thought it was totally beyond the realm of possibility. I mean, what comes out on CD that isn't also available either digitally or in a true analog format?

not much...except for cory strand's masterful soundtrack reworkings that break down music from films that we all know and love, and transforms those melodies into something else entirely.

this six-disc reinterpretation of jonathan bepler's cremaster two score was limited to five copies and they're all gone.

with regard to matthew barney's cremaster series itself, I have very mixed feelings. barney is an incredibly gifted visual artist, sculptor, designer, and performance artist.

except that he's not a filmmaker. and it shows.

his sense of pacing is terrible, his editing is boring and his camera work is utilitarian.

but goddamn is he able to create some stunningly beautiful tableaus.

the set decoration, prop design, wardrobe - it's all remarkable and incredibly evocative of other worlds most people could never imagine. because of all this, his films, to me, make for better trailers than full-length viewing experiences.

strand's reinterpretation of the soundtrack from barney's second cremaster film, as a whole, definitely leans more toward the ambient side of the spectrum - not dissimilar from barney's film. but there are some epic wall noise tracks on here, too. at nearly seven hours in length, it's all a lot to take in. but much like barney's work, I think that's the point. and also like the films, I don't love everything here - some of it's a little too ambient for me, but it's all about the experience.

and there's more than enough great HNW to make this an experience well worth your time. if you're interested in learning more about the cremaster films, definitely check out this book - it's out of print and thus not cheap, but it's filled with incredible imagery and, in my mind, makes for a better experience than the actual films - I've had a copy for years now and I definitely revisit it more than the films themselves. "the order," a segment from cremaster three, is also available on DVD.

for more of strand's work, check out his webstore and blog - many items are sold out but there are still plenty of reinterpretations of both modern and classic films available for purchase. if they're even half as thought-provoking as this one, they're more than worth the price of admission.