haraam - let the swords tear me to pieces. 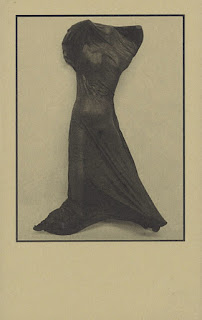 Haraam - Let The Swords Tear Me To Pieces

1. Fighting Is Ordained For You
2. The Faceless God
3. A Snake In The Grave
4. Only God Knows
5. A Dark Star Rises
6. Solidify Their Blood

I wanted to post that noir noir tape but someone beat me to it.

kind of like a lower-fi vatican shadow. check out more haraam releases via bandcamp, including an earlier fallow field release.


(for forbidden purposes only.) 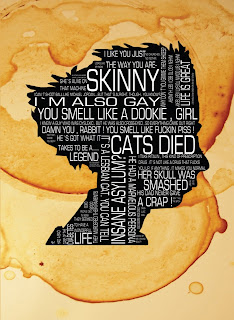 as some of you know, gummo is an incredibly important film to me for a variety of reasons.

beyond the fact that it's a unique, utterly bewildering, and occasionally terrifying cinematic experience, it's had an incredible impact on my professional career.

my very first internship while attending tisch was for forensic films, run by scott macaulay and robin o'hara, who produced the film. I applied for the internship simply because the description said they were the producers of gummo.

after interning there for more than a year and a half, I moved on to hdnet films, due in large part to scott's recommendation.

but before leaving forensic, I connected with jacob reynolds - whose silhouette appears on that cover up there - and we began making films together. we've had some scripts optioned, a few of our shorts have played at festivals across the united states, and it was through him that I was introduced to my wonderful girlfriend.

and did I forget to mention the fact that gummo has a ridiculously incredible soundtrack?

cory's "revisitation" of the film's sountrack definitely plays to a lot of it's strengths - the noise here sounds like buzzing black metal guitars just waiting for blast beats and shrieked vocals to kick it into gear.

limited to just five copies, this one is long gone, but buy a whole bunch of cory's other releases...doesn't matter which ones...they're all excellent, forward-thinking, and lovingly packaged.

the rita - dark eye makeup for the stage. 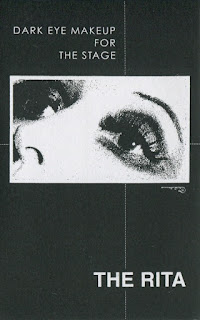 The Rita - Dark Eye Makeup For The Stage

no discernible samples, no breaks, only the harshest walls.

copies might still be available from the artist. even if they're not, sam has a ton of great stuff for sale, so pick up something.

a few more are also on discogs, but they're unreasonably expensive.


(for stage purposes only.)