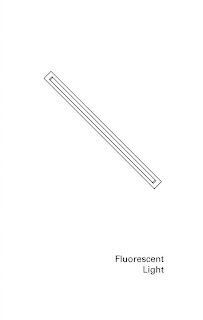 1. Fluorescent Light
2. Sound Out Of A Corner

one of the finest purveyors of harsh noise wall around, vast glory (a.k.a. ian mcdonald) recently released this tape through total black, a label that's quickly becoming one of the best in the noise game.

the first track begins with what sounds like a squalling wind with electronics buried deep in the background. but over the course of the next roughly sixteen minutes, those electronics slowly build up and eventually envelope everything.

the second track is almost the inverse, getting to the harsh noise rather quickly before before slowly, almost glacially, receding into another howling, electronic wind.

it's a great release that should definitely satisfy fans of the genre, but it'll also make a solid starting point for anyone unfamiliar with the vast glory discography. unfortunately, it's sold out from the label so keep an eye on discogs.

for more vast glory, check out mcdonald's soundcloud, where you can even download a couple releases for free, as well as on the board, another fine blog with a rip of the "airequipt circular magazine" double cassette release.