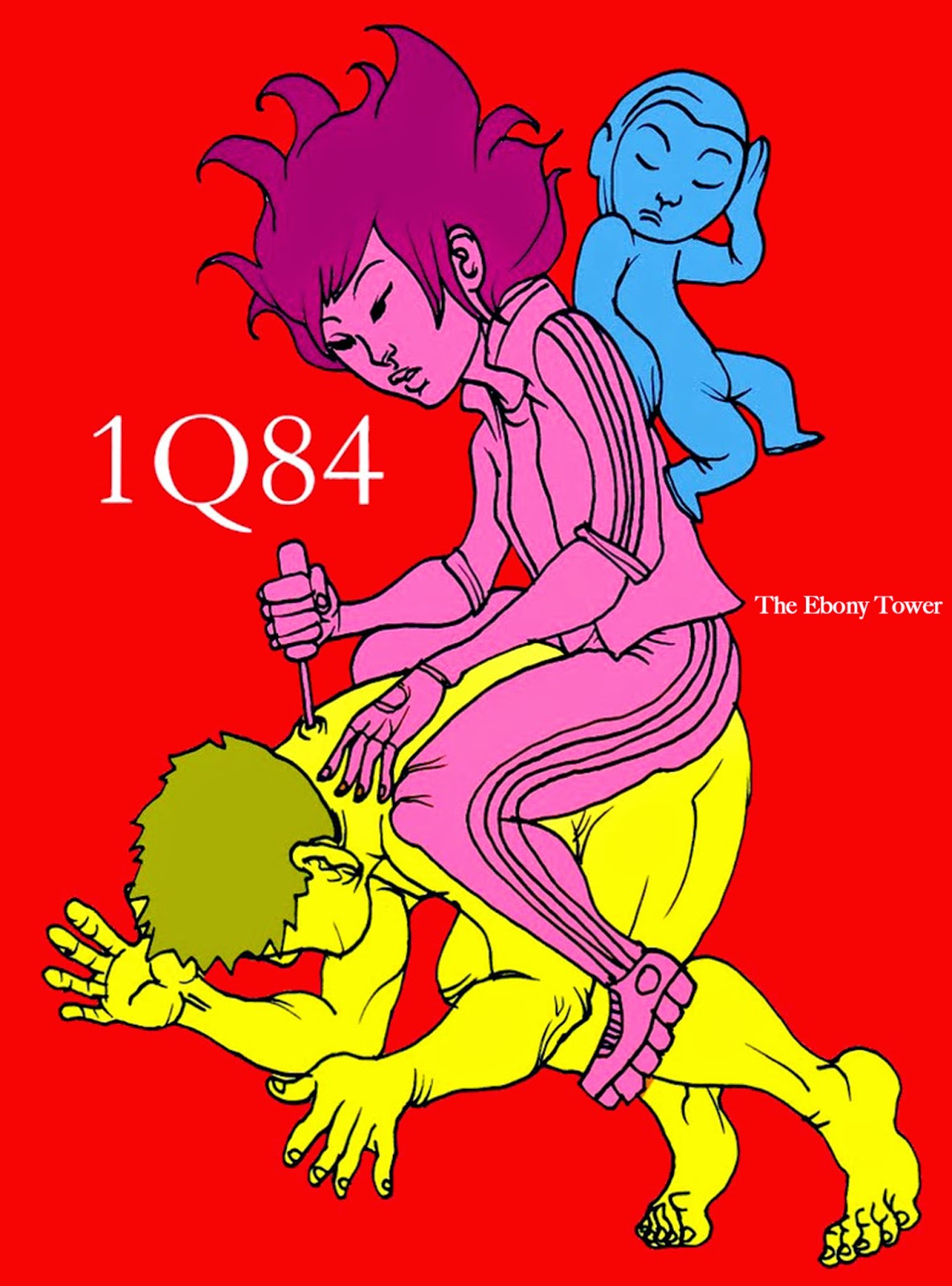 with HNW, context is everything.

context gives this art meaning - whether it's vomir's philosophical musings, the rita's preoccupation with stocking and sharks, or richard ramirez's obsession with b-level horror movies, without context the sound means nothing.

so when altar of waste announced this six-disc set inspired haruki murakami's novel 1Q84, it certainly grabbed my attention - you don't hear of a lot of HNW inspired by works of literature.

but that's exactly what the ebony tower specializes in - creating brutal walls inspired by a variety of iconic literary works.

and although I have yet to finish 1Q84 (I started but never finished it when it first came out and have recently re-started), it's a very thought-provoking work and this collection provides a unique compliment to the written word.

honestly, I wanted to have the book finished so this could be a more thorough discourse...but getting through nine hundred-plus pages in a microscopic font takes time and I've been busy.

nevertheless, I love this collection and highly recommend it (and the rest of the ebony tower's discography) to anyone looking for a new angle on HNW.

there are only one or two copies left at the altar of waste store, so act fast.


(buy a copy from altar of waste.)