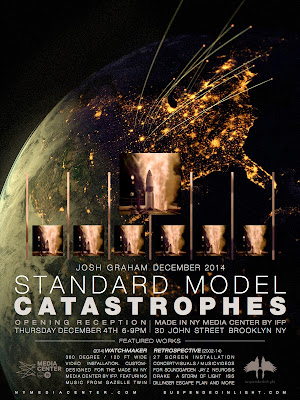 but if you're in the NYC area, I'd love it if you could find the time to come out to brooklyn for an incredible art show focused on the works of josh graham that I've spent the last two months curating.

as I'm sure most of you already know, josh is an amazing artist, having worked with bands like neurosis, dillinger escape plan, isis, and eyehategod. he's also been a member of battle of mice, red sparowes, and a storm of light, and did all of the graphic design and concert visuals for all three acts. 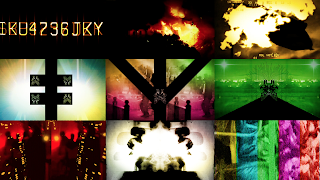 more recently he's been serving as soundgarden's creative director, overseeing every visual aspect of the band - from music videos and merch designs to concert visuals and album packaging, josh does it all.

although I've been handling all things audio-visual at the made in NY media center for more than a year now, this is the first show that I've curated, and josh's work is perfect for the space.

on display will be videos he's created for soundgarden, neurosis, a storm of light, vattnet viskar, isis, dillinger escape plan, eyehategod, and even jay z and drake, as well as a couple of josh's own art pieces. 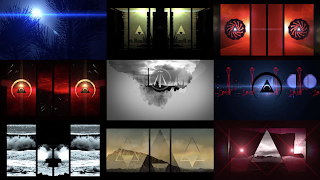 but the centerpiece of the show is a brand new, custom-designed piece, "watchmaker," made specifically for our 360-degree projection system that's edited to one song by gazelle twin and two of josh's own ambient soundscapes.

here's a statement on this new work from the artist himself:

"The question is being asked all over the world: Are we entering a new Cold War? Some say we are already in the midst of it. Others are more optimistic. Regardless, the global deterioration of peace is impossible to deny. While the idea of a full-scale nuclear war seems impossibly ridiculous, the number of nuclear weapons around the world are both astounding and terrifying. Will mankind destroy itself? Maybe. Maybe not. In the meantime, Watchmaker focuses on the strange and surreal beauty of these weapons, and what the last “minutes to midnight” might look like."


as much as I'd love to post photos, they just don't do this piece justice...it needs to be seen, heard, experienced.

anything else just falls short. 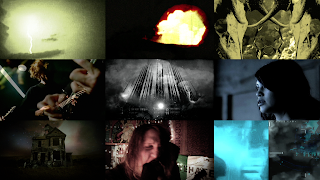 the opening reception will be from 6-9p on thursday, 12/4. admission is free. josh will be in attendance and there will be free wine and beer.

so come by, say hello, and show your support.

the work is absolutely amazing and I couldn't be more excited to finally be able to show it off.

you will not be disappointed.