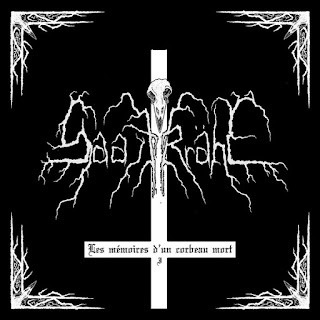 
apologies for the absence...I've been busy.

the film is done as of ten days ago and between that, work, and everything else in my life, I haven't had the mental bandwidth for the blog.

anyway, I picked this up through analog worship recently. super raw, super lo-fi, and all wrapped up in that classic skjold packaging. I was totally unfamiliar with this one-man project until now, and he's currently releasing new music as sale freux. 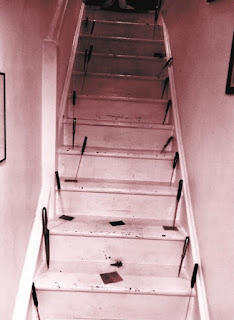 copies are currently available from analog worship in both cassette and LP formats.


sorry for the lack of posts lately, I've been...busy.

more on that soon.


(for stabbing purposes only.) 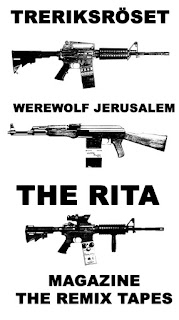 the box set is easily one of the best packages I've picked up in a while and comes packed with a ton of great extras...although I wish I had sprung for one of those longsleeves.

anyway, copies of the standard double LP edition are still available from the label, plus there's a digital version on bandcamp.


(for remix purposes only.) 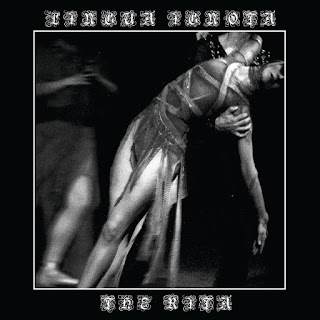 copies are still available from the label, so buy one and support the artists and label.


(for commission purposes only.) 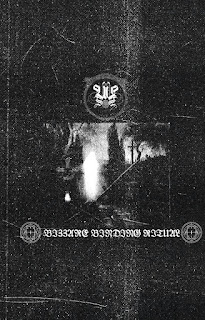 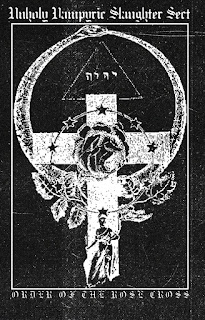 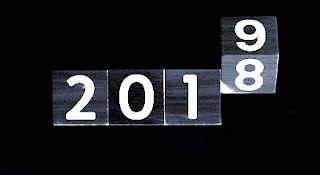 it was a busy year, filled with lots of cool stuff...definitely my most productive yet, and I appreciate the continued support.

digitally ascendant was nominated for DELETE TV's best of the year...didn't win, though.

run until you're out debuted at new noise and screened as part of the coney island film festival.

I curated the first solo show by beeple and got a mention in vice.

I took over as director of where in the hell is the lavender house, a feature documentary about longmont potion castle.

...and the lavender house soundtrack made it onto billboard's top comedy albums chart for a week.

I made a video for street sects that's online...but it's technically "unofficial." maybe I'll post an explanation of my process here in the coming days...

lastly, I successfully crowdfunded my next narrative film, which will be shooting in the spring.


so, yeah...super busy...more news about my own creative work can be found here.

as busy and stressful as all of this has been, it's also been the most creatively fulfilling year of my life. 2019 is already looking to be even more action-packed...besides the narrative short, I'm gonna be cranking out a new video art piece in the next month and a half, filming a legendary band at irving plaza, figuring out distribution plans for the LPC doc, and hopefully curating a show by a ground-breaking visual artist that I can't yet discuss...fingers crossed that there'll be more on that soon.

as I continue to refine my literary and visual practices, I know that my best work is still ahead of me and that, more than anything else, is what makes me excited for the future...and in this day and age, we have to draw excitement and satisfaction from whatever we can despite the world looking more and more hopeless and dysfunctional every day.

a few of my favorite albums are below. they're probably not as underground as you all might like, but it is what it is.

best of the year, in no particular order


rebel wizard - voluptuous worship of rapture and response
by far the album that I listened to the most this year...riffs that bury themselves in your brain and never let go.


portrayal of guilt - let pain be your guide
reminds me of pg.99...violent, urgent, and vital.


a perfect circle - eat the elephant
arguably the worst cover art of the year (although that's a tight race), but maynard's performance is fucking great, as usual.


xavlegbmaofffassssitimiwoamndutroabcwapwaeiippohfffx - gore 2.0
I can't decide if this is hilariously amazing or amazingly hilarious, but it's dumb, fun, and surprisingly well-crafted...and sometimes we all need music like that.


thou - magus
those EPs were just appetizers for this, the main course...and it delivers in a more immediate, memorable way than heathen.


bašmu - infernal circles of the sabbat
murky and dark with just the right vocal timbre.


esoctrilihum - inhüma
this band put out not one but two stellar releases this year, and both are worthy of your time and money...but where are the vinyl versions?


street sects - the kicking mule
great people making great music who are building the following that they deserve...music video is viewable, so do me a favor and check it out.


tsunxmi - pictures of you
bludhoney is a great label with consistent, quality material and great packaging.


the rita - sharks and the female form
one of the most inventive packages in my collection, I'll never hesitate to pick up anything sam puts out.


marsh dweller - wanderer
completely different from the last record, which threw me for a loop at first...but this scratches an itch that I haven't felt since isis called it quits.


bonedust - fruit of the ash
this was released digitally in 2017 but came out in physical form in 2018 via lee's excellent label...absolutely stellar in every way.


unholy vampyric slaughter sect - the power of unordained light
originally I had GVAU on here...but this one blows it away.


chapel of disease - ...and as we have seen the storm, we have embraced the eye
another unexpected, last-minute addition...amazing guitar work that lingers in my head for days at a time.

if you've got a sound project and are interested in a visual element, shoot me an email.